In tech, deadlines are everywhere. Feature deadlines, milestone deadlines, testing deadlines. If you give a group of engineers infinite time, you’ll come back 5 years later to find them still arguing over the the best technology, so I don’t think time pressure is going away anytime soon.

After a mammoth coding session, you smash out that last line of code and push it into the CI system. Finally, feature complete. You’ve been absolutely giving it your all, the big internal demo is tomorrow, but you’ve just finished the last piece of the puzzle, you’re fre… Red. Somewhere in the horribly convoluted realm of code compiling other code to make machines orchestrate other machines, that should eventually, somehow, let the customer reset their password to “Password1!”, some 0s have been set to 1s, and your carefully balanced house of cards has come crashing down. People are starting to leave the office. You sigh. Just getting to this point has been utterly exhausting. Time for coffee number five. It’s going to be a long night…

Why does this happen?

Because writing code without bugs is pretty much impossible. Because people are eternal optimists. Because capitalism. Because you, despite thinking about it more and more over the past few months, haven’t yet run off to take up goat-farming in Croatia.

Possibly this isn’t a helpful line of enquiry. Let’s try something else.

How do we stop it?

Work less hard. Try to work at 70% of what you think you can do. Don’t stay late. When things go wrong, you’ll have a spare 30% to throw at the problem. This only works if your organisation has leadership that values output, rather than effort, but I’d argue most places that value effort over results don’t have a very bright future anyway.

On the other hand, if you’re working at 100% of capacity (and “give it your all” is such a seductive phrase), this is going to get baked into everyone’s ideas about what is possible. You’ll end up staying late when things go wrong. Doing dodgy hacks. Adding tech debt. In the above scenario, if the demo works because you stayed late, the organisation will think the answer is “have the devs stay late”, and the cycle will start anew. Except next time, you’ll have to build on top of the tech debt filled garbage code you wrote at midnight. It will only get harder each time, as sleep deprivation and the deteriorating codebase take their toll.

The hardest part is transitioning between a schedule that assumes 100%, and one that assumes 70%. This is usually a pretty hard sell. In my experience the best way to achieve this is to relentlessly cut features (although you should always phrase this as “we’ll move that to version 2.0”). When given a woefully unrealistic deadline, say something like “I will do my best to meet this ambitious target”. Always call it a target, whenever you talk about it. This can be astonishingly effective at getting through to people.

For those of you who like sources, there are rich veins of research that show working long hours is counterproductive. Here’s an overview, there’s also a paper on productivity implications, and health and wellbeing implications. There’s also a fascinating study around work intensity.

Work less: you’ll get more done. And be healthier and happier, to boot. 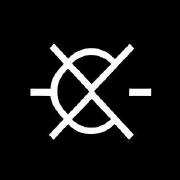